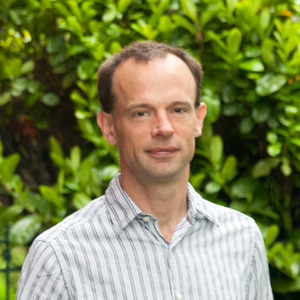 Dr. David M. Moore is a Research Scientist at the British Columbia Centre for Excellence in HIV/AIDS, and an Associate Professor in the Department of Medicine, Division of AIDS at the University of British Columbia. He is also the Physician Lead of the Provincial Health Services Agency HIV Program at the BC Centre for Disease Control.

Dr. Moore’s research is focused two broad themes: 1) Health service research in both British Columbia and Uganda to maximize the treatment and prevention benefits at a population level and 2) understanding the structural and socio-behaviour risks for HIV infection among men who have sex with men (MSM) in BC.

In Uganda, he is currently the PI of two CIHR funded projects. The first is examining the outcomes of HIV-infected individuals who have been receiving HIV treatment for more than 4 years without the expensive laboratory monitoring which usually accompanies the provision of HIV treatment in industrialized countries. The second project is a series of secondary analyses from a large randomized trial looking at different ways of monitoring HIV patients receiving treatment. His team in Uganda also recently completed a study examining the effect of HIV treatment on preventing HIV infection among serodiscordant couples in Uganda. Dr. Moore is also a member of the Canada-Africa HIV Prevention Trials Network, a research capacity building grant which involves HIV research teams in Canada, South Africa, Kenya and Uganda.

In addition, Dr. Moore conducts research related to HIV treatment in British Columbia using the clinical database of the HIV/AIDS Drug Treatment Program of the BC Centre for Excellence in HIV/AIDS. He is also the co-PI of a cohort study of sexual and drug use HIV risk behavior among MSM in BC. This study, known as the Momentum Men’s Health Study is using a novel approach to recruit study participants known as respondent driven sampling. Dr. Moore was also a co-investigator on a cross-sectional sero-behavioural study of MSM in Vancouver, which was completed in 2010 known as the ManCount Study.